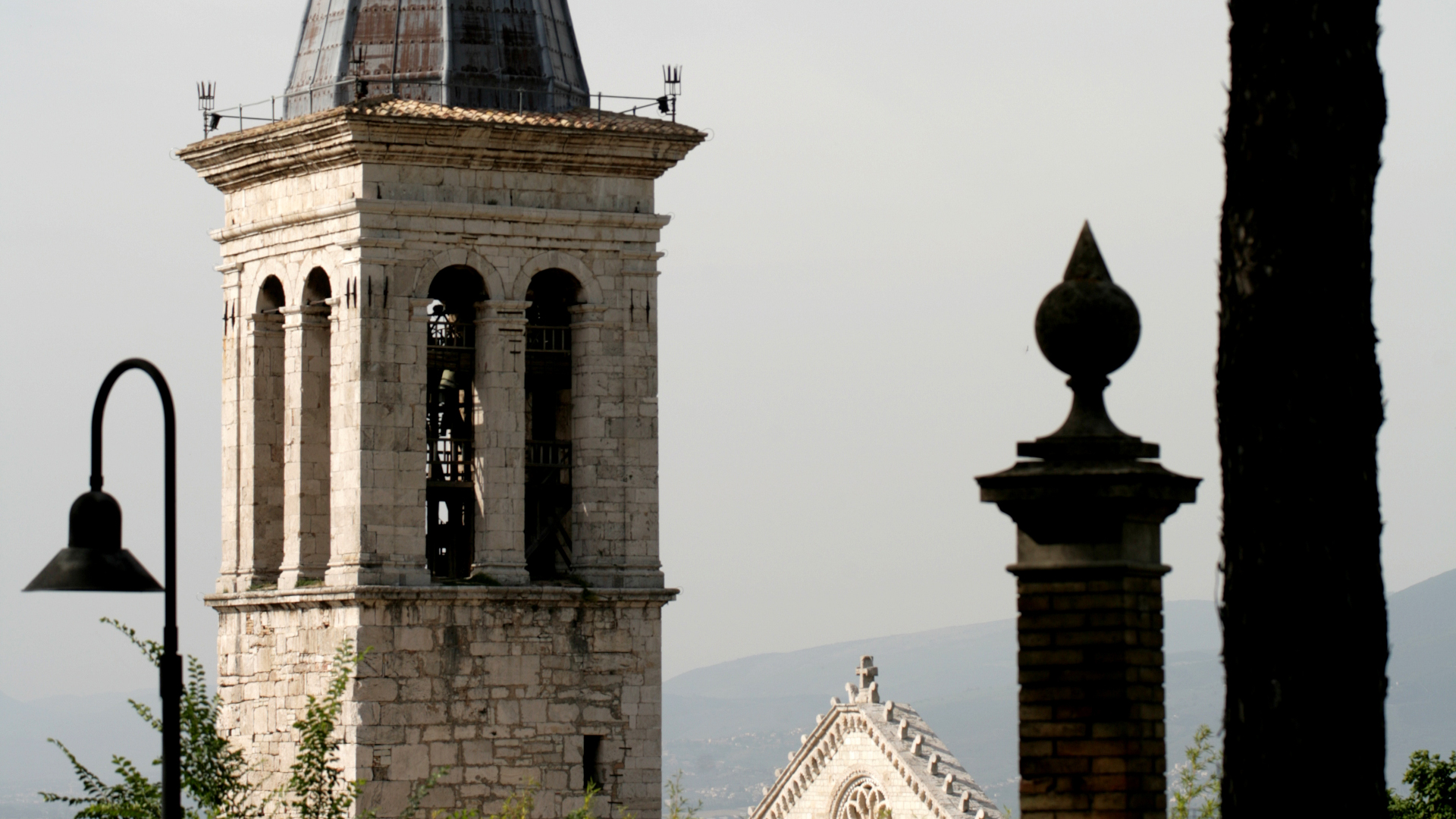 Visitors in Spoleto are immediately stunned by the majestic mass of its fortress, perched up on the highest part of the Sant’Elia hill, on whose slopes the city lies. They are also amazed by the view from the Ponte delle Torri bridge, which serves as a direct link with Monteluco, the mountain facing the city that was the “holy” site chosen by the ancients, first by the pagans and then by the early Christian hermits and martyrs. Of very ancient origins, most likely Pre-Roman, Spoleto was soon ruled by Rome, to whom it demonstrated its great fidelity when it stopped the advance of Hannibal’s Carthaginian army in its march towards the Eternal City. One famous episode and local legend that continues to circulate to this day surrounds one of the city’s monumental symbols: the Tower of Oil, from where boiling oil is said to have been thrown on the enemy, causing them to flee. The Roman era was a time of great prosperity, as attested to by the numerous suburban villas that belonged to the wealthiest Roman men: one precious example is Casa Romana (the Roman House), most likely the home of Vespasia Polla, mother of the Emperor Vespasian, whose mosaic floors with geometric patterns can still be seen today. Another example of Spoleto’s Roman splendour is the Roman Theatre, currently included in the itinerary of the National Archaeological Museum and the Arch of Drusus. In ancient times it served as the triumphant entrance to the city forum, discovered underneath the site where the Piazza del Mercato square currently stands. Built in the 1st century A.D. in honour of Drusus and Germanicus, the sons of Tiberius, today it is partially covered and hidden by adjacent houses. Fluctuating between moments of splendour and periods of decline, particularly following the fall of the Roman Empire, Spoleto took on an increasingly important role thanks to its strategic position. In fact, in 571 the Lombards not only occupied the city, they actually named it the new capital of their Duchy. In later years a fierce battle ensued between the Roman Empire and the Papal State over this land, which would later be annexed to the church in 1247. Evidence of these alternating dominating powers can still be seen today in the numerous monuments located in the heart of the city and its immediate surroundings: rare evidence of the Romanesque period include the Church of St. Ponziano and the Basilica of St. Salvatore, two gems of exceptional artistic and historic value located just outside the city’s residential centre. The first, dedicated to the young Spoleto martyr who would become the city’s patron saint, houses the original crypt from the 12th century.