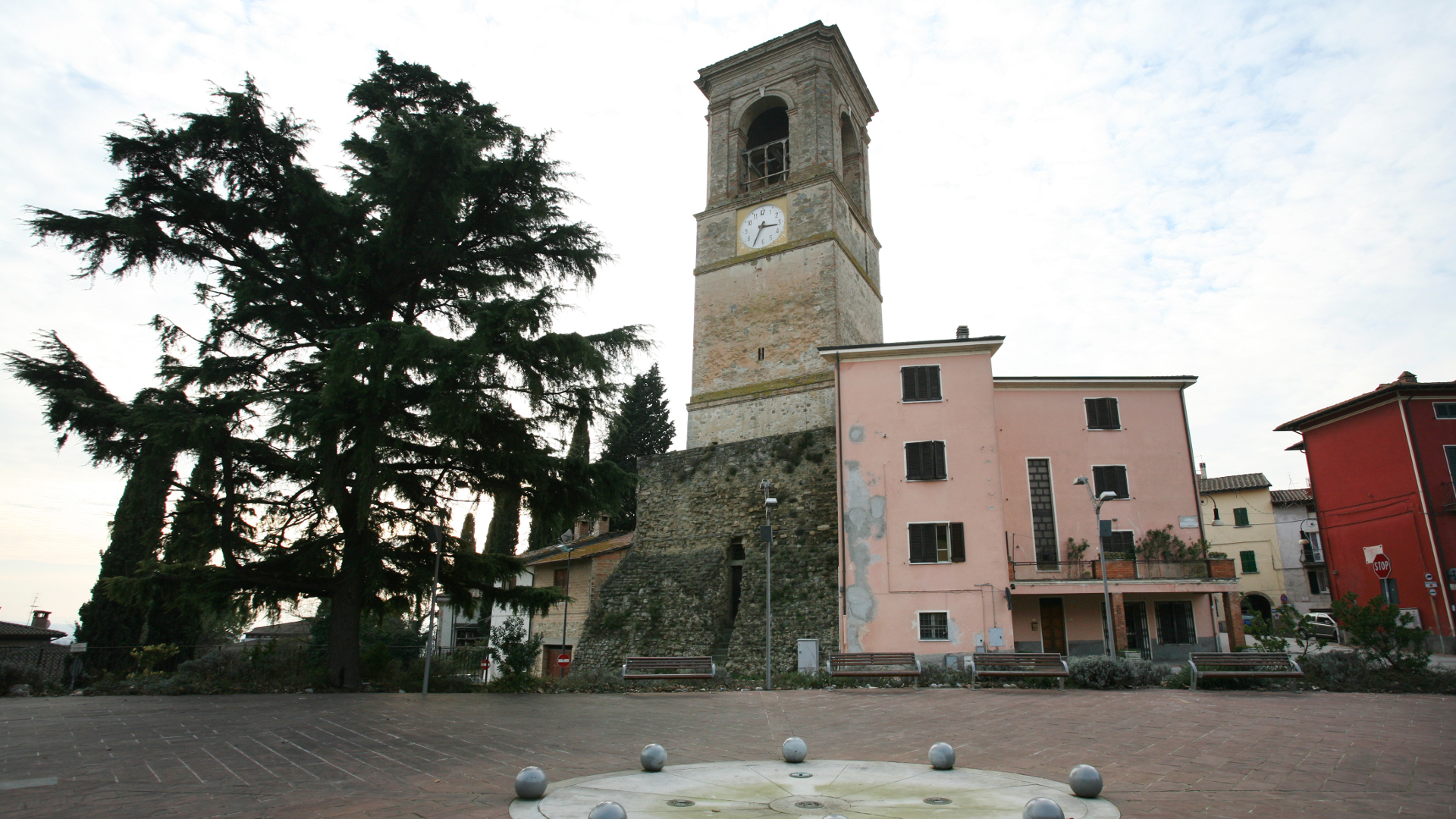 Immersed in a charming landscape, Torgiano is a centuries-old fortified village located just a few kilometres from Perugia, on top of one of the hills that dominate over the valley where the Chiascio River flows into the Tevere. With its ancient origins, Torgiano served as a defence post for one of the most important bridges over the Tevere River (Pontenuovo). A medieval fortress, its name is tied to the production of wine, a tie that is so strong that a bunch of grapes is depicted on the town’s coat-of-arms. Through the years the village has maintained its medieval appearance along with a considerable portion of its city walls including the characteristic Baglioni Tower, which today is the symbol of the city. By entering the town from Piazza Matteotti square we encounter the 18th century Oratorio della Misericordia oratory, next to which the imposing mass of the Church of San Bartolomeo and the Church of Madonna dell’Ulivello are found, whose name reminds us of the important role played by the olive tree in this territory (Ulivello is a name for olive tree). A valuable homage to this important crop is the Museum of the Olive Tree and Oil located among a small cluster of medieval homes in the town centre, which was also the site of an old oil mill. Thanks to the detailed explanations that accompany the pieces on display in the museum, visitors can learn about the origins of this plant, the various types of cultivations and oil extraction techniques along with its everyday and symbolic uses, rediscovering in particular the use of oil as a source of light, up to its use for medicinal, religious and cosmetic purposes. Testifying to the various uses of oil is the splendid collection of lamps from the Preclassic to the Neoclassic ages and a vast collection of vases, oil cruets and braziers. The same philosophy is behind the Wine Museum, conceived, created and managed together with the Oil Museum by Lungarotti family, who has been producing wines for generations. Today the museum is located in the pars agricola of the monumental Graziani-Baglioni mansion, an 18th century noble summer residence. Here, visitors are given the opportunity to explore the centuries-old culture of wine through precious and highly prized ancient and modern objects, tools, ceramics of rare beauty in addition to archive documents, manuscripts and artworks.