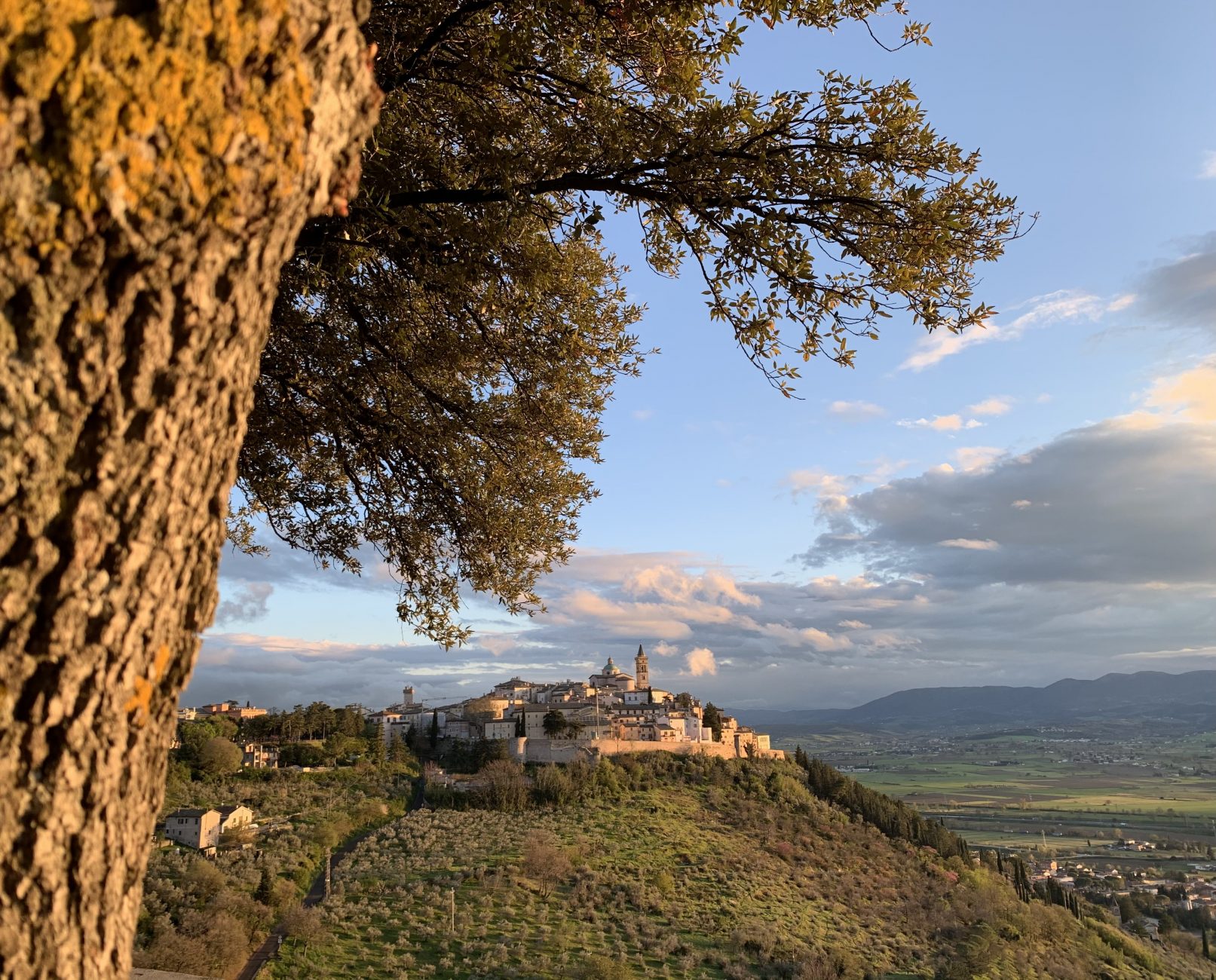 Located in the heart of the Spoleto valley, Trevi emerges from a silvery sea of over three-hundred thousand olive trees that surround the city, providing a unique and fascinating view from below. The medieval walls, built on top of the Roman walls that stood there earlier, encircle the town with a characteristic spiral shape. Numerous traces attesting to the area’s ancient origins continue to stand today: from the remains of the Roman walls (1st century B.C.) that can be seen in the upper part of the city, to the numerous ruins discovered in the plains of Santa Maria di Pietrarossa, evidence that would indicate that either the town’s residents moved from the upper city to the lowlands or that the residents settled in both areas after improvement work was performed in the plan to make them inhabitable. Both archaeological and documentary finds attest to the settlement’s importance. Pliny, in one of his writings, remembers the “Trebiates” (ancient name of the population of Trevi) as one of the most ancient Umbrian peoples. With the fall of the Roman Empire, Trevi first fell under the rule of the Duchy of Spoleto, and later became a free Guelph municipality in the 12th century until the entire Umbrian territory became part of the Papal State. Wandering through the narrow streets and alleyways of the historic town centre, visitors immediately discover that Trevi is a small jewel that has maintained its medieval urban fabric intact.