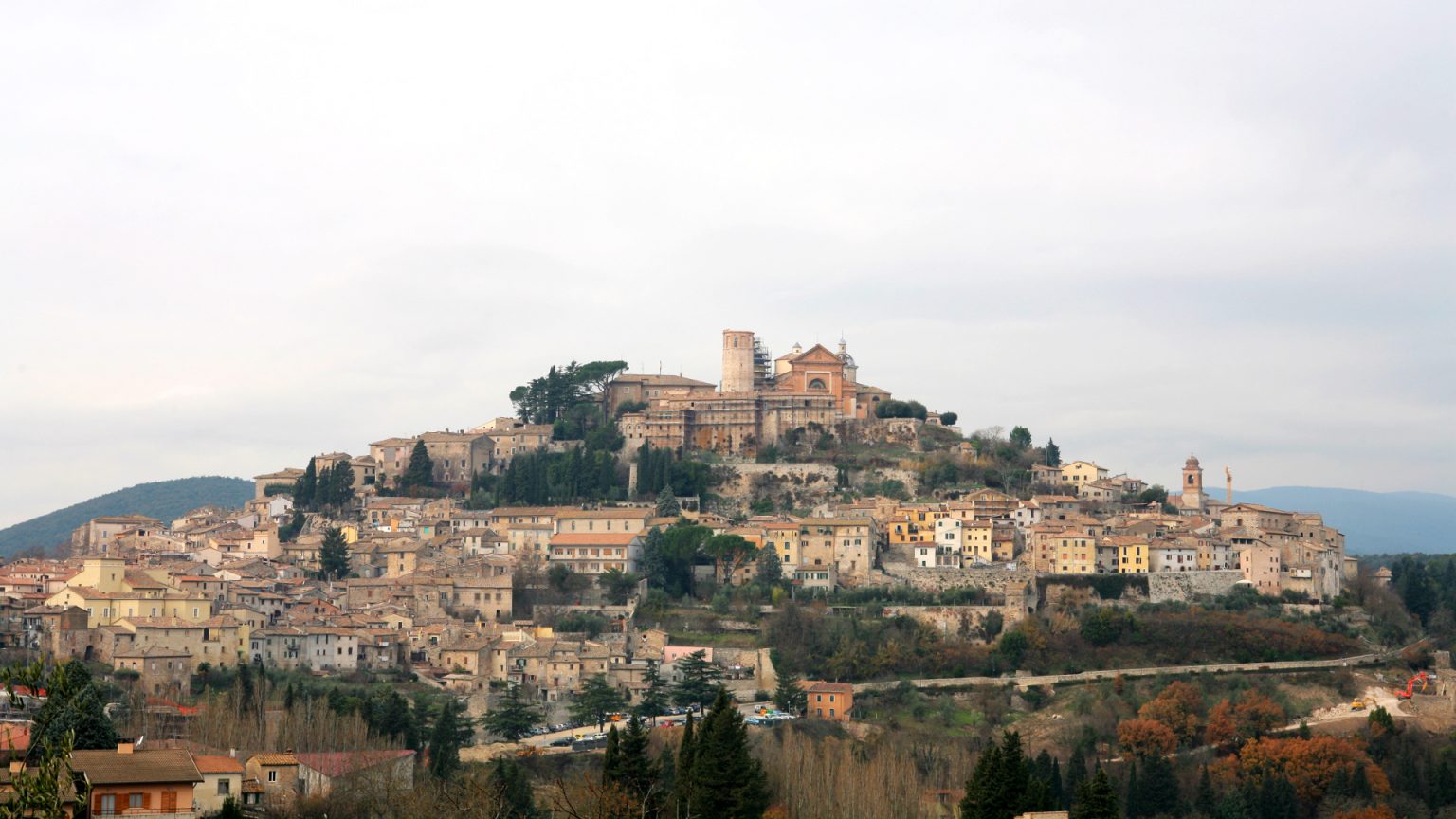 Amelia, the oldest village in Umbria and Italy

Amelia, formerly known as Ameria, considered by many scholars to be the oldest city in Umbria, was certainly one of the first Italic centers. According to mythology, it was founded by Queen Amero and daughter of Atlas, today Amelia is a town full of treasures, as well as the perfect destination for those looking for an experience that combines the cultural component with the one most closely linked to slow tourism where, food and wine, the environment and the landscape merge.

The journey inside the town of Amelia starts from the polygonal walls dating back to the III-IV century. B.C. which protects the entire historic center, one of the largest in the region. Its construction is characterized by the presence of limestone boulders perfectly fitted together without mortar; the considerable size of these blocks has fueled the legend that the city walls were built by the Cyclops.

Porta Romana is the main and most impressive entrance to the city which, however, has several access points. From here we can discover alleys and squares dominated by the harmonious architecture of the numerous Renaissance palaces, among these, Palazzo Farattini, built as a preparatory study for the most famous Palazzo Farnese in Rome by Antonio da Sangallo, Palazzo Petrignani, Palazzo Venturelli, Palazzo Cansacchi and others.

It’s worth a visit to the halls of the Civic Archaeological Museum, guardian of finds ranging from the pre-Roman era to that of the flourishing Roman town hall, including the magnificent bronze statue of Germanicus Caesar.

The journey bring us to discover the Romanesque facades of the churches of Sant’Agostino and San Francesco, monasteries, gardens and panoramic views. From the medieval and characteristic Piazza Marconi, it is possible to reach the top of the acropolis dominated by the twelve-sided bell tower dating back to the eleventh century and by the most important religious buildings: the former seminary, the episcope and the Cathedral Basilica of Santa Maria Assunta dedicated to the patron saint Santa Fermina.

Also from Roman times are the Cisterns , an exceptional work of Roman hydraulic engineering and the Amerine hypogeum: underground cavities that the Roman people used both as escape routes and as a deposit.

But Amelia, as the Latin authors remind us, is also an authentic and genuine tradition, as evidenced by the numerous local farms and wineries in the area that cultivate excellent products thanks to the generous land in which the territory is located.

Information Office of The Municipality of Amelia (Tr)