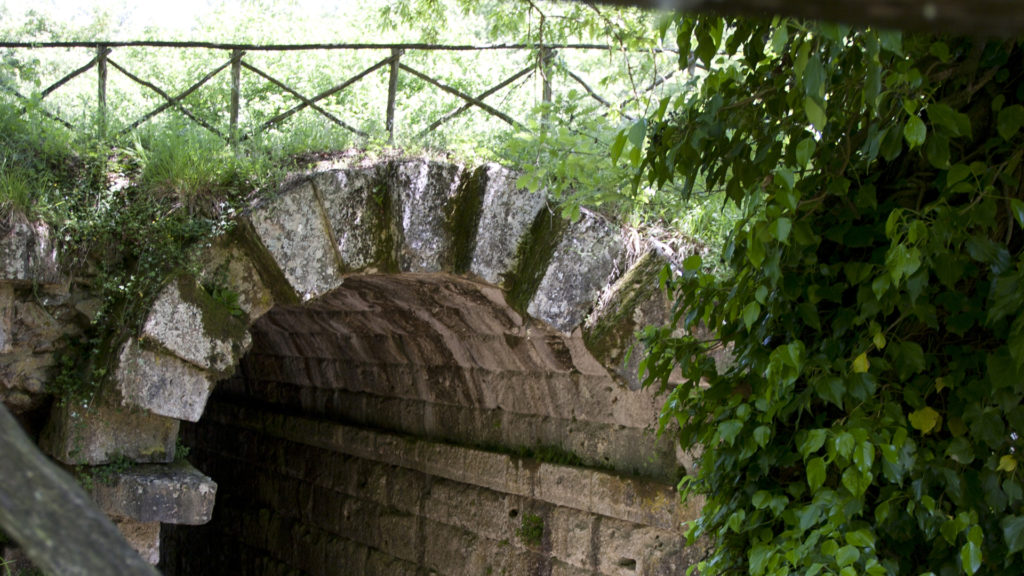 The founding and development of the ancient Vicus Martis, a name which echoes the ancient god Mars, is closely linked to the construction of the Via Flaminia road in 200 B.C., which connected Rome to the Adriatic Sea. A tie that is also attested to by the discovery of two epigraphs that describe the important works performed for the restoration of the road. Today, traces of the original path can be glimpsed along small, straight stretches that run alongside secular oak trees, while the powerful mass of the Fonnaia Bridge stands intact. This mighty construction with a single arch allowed the Via Flamminia road to cross over the Naia stream. The territory also possesses a wide range of evidence from the early Christian age, including a fascinating system of catacombs from the 3rd-4th century A.D. and a series of ancient churches that constitute an interesting architectural heritage. The residential district is completely contained within the medieval city walls, which still preserves a main access gate bearing the city’s coat of arms. Another interesting site to visit is the Church of San Felice, in the castle’s square, dedicated to Massa Martana’s patron saint and martyr: a simple and elegant portal leads inside an ancient nave enlivened by a remarkable Baroque altar. Visitors will then come upon the Church of San Sebastiano, not far from the 16th century Palazzo Comunale municipal building. Dating back to the 7th-8th century is the Church of Santa Maria in Pantano, one of the oldest in Umbria, which houses funerary urns, inscriptions and decorative fragments from the Roman era.