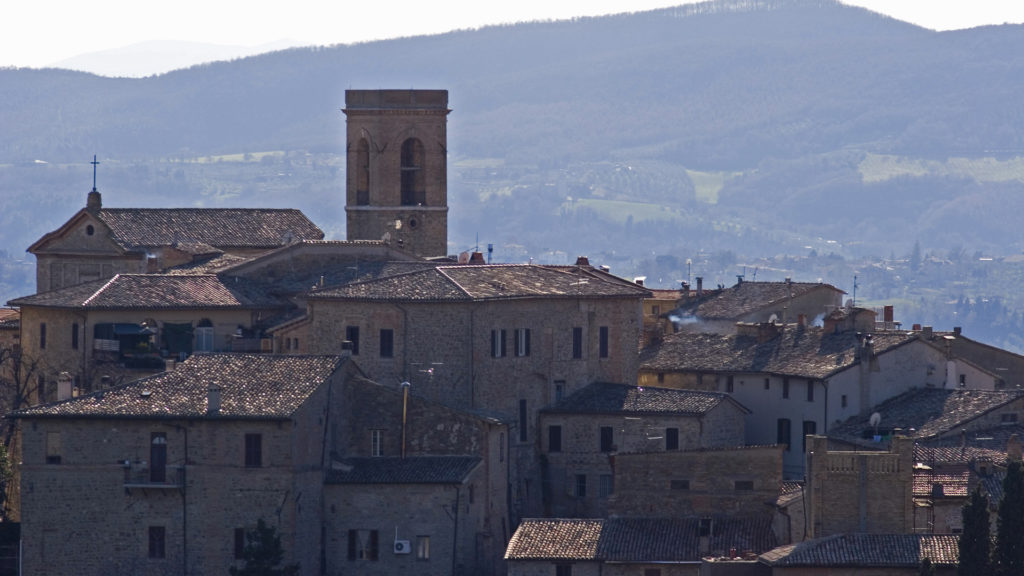 A fortified town that stands on top of the Martani Mountains, the ancient city of “Gualdum Captaneorum” was founded in 975 by the count Edoardo Cattaneo, who received the town as a feud and decided to build a fortress there. Thanks to its elevated position as a lookout point it was the continuous source of contention between Foligno and Spoleto over the centuries, cities that wished to dominate the town for its strategic position. In the heart of the main square, still wedged between the medieval city walls and defence towers, the fortress’ majestic ruins continue to stand with the shape of a equilateral triangle and three communicating towers. The secret underground paths that connected the fortress with the city walls are still accessible, which provided a quick escape route in the past. Another interesting site is the Church of Sant’Agostino, dating back to 1136, adorned with frescoes from the Foligno school and the Church of Sant’Antonio and Antonino, with a Romanesque crypt. Making the surrounding territory unique are a series of castles and forts that, in the Middle Ages, constituted a true defence system that transformed the area into an open-air museum: the castles of Barattano, Marcellano, Ceralto and Grutti.