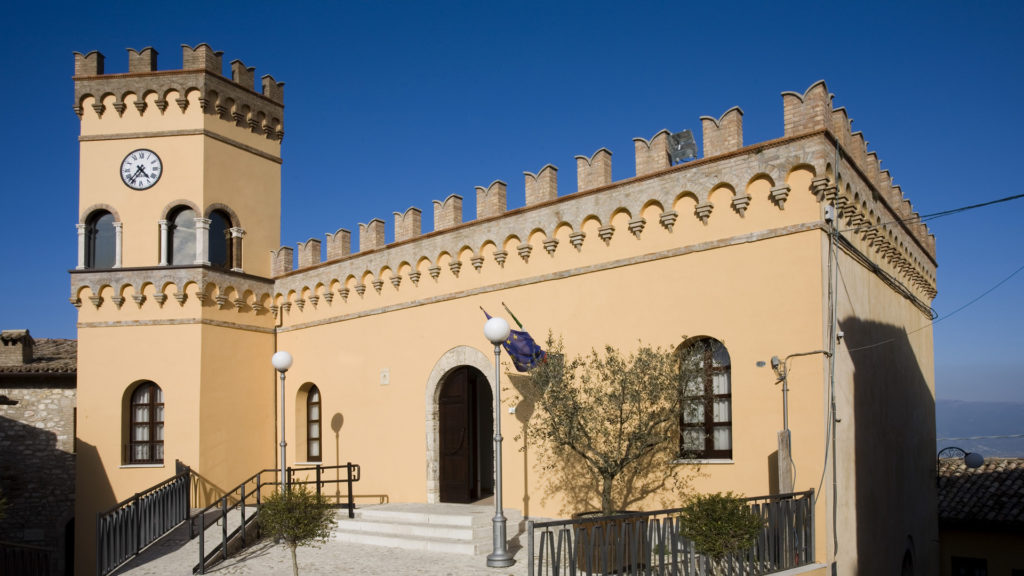 The ancient fortified town of Giano dell’Umbria rises up on a hill in the midst of an infinite expanse of olive trees, providing a special backdrop for the area. Most likely of Roman origins, it reached the height of its splendour during the Middle Ages, when it became one of the most fiercely contested strategic look-out towns in the territory. The current medieval walls, which embrace the entire residential centre, reveal traces of ancient Roman walls. In the upper part of the village is Palazzo Pubblico, the town’s municipal building and precious “container” hosting a collection of archaeological finds unearthed in the territory. Inside the city walls visitors will come upon the Church of San Michele Arcangelo and the Church of Santa Maria built in the 14th century and then completely transformed in the 18th century. Testifying to the settlement’s importance in the past is the Church of St. Francis with its typical single-nave layout, the buildings of the mendicant Franciscan friars and the Chapel of the Crucifix embellished by an impressive cycle of frescoes attributed to the Foligno painter Giovanni di Corraduccio. One of the territory’s true gems, just a few kilometres from Giano, is the Abbey of San Felice, a spiritual site of prayer and a masterpiece of Romanesque art from the 12th century, while the cloister and the convent were built between the 16th and 18th century. Here, the two most characteristic aspects of the entire Umbrian territory, religion and the culinary arts, were harmoniously fused together: in addition to the friar’s intellectual and spiritual pursuits, they also cultivated olive trees, thereby increasing the yield of this product while creating an entirely new variety known as “dolce San Felice”.