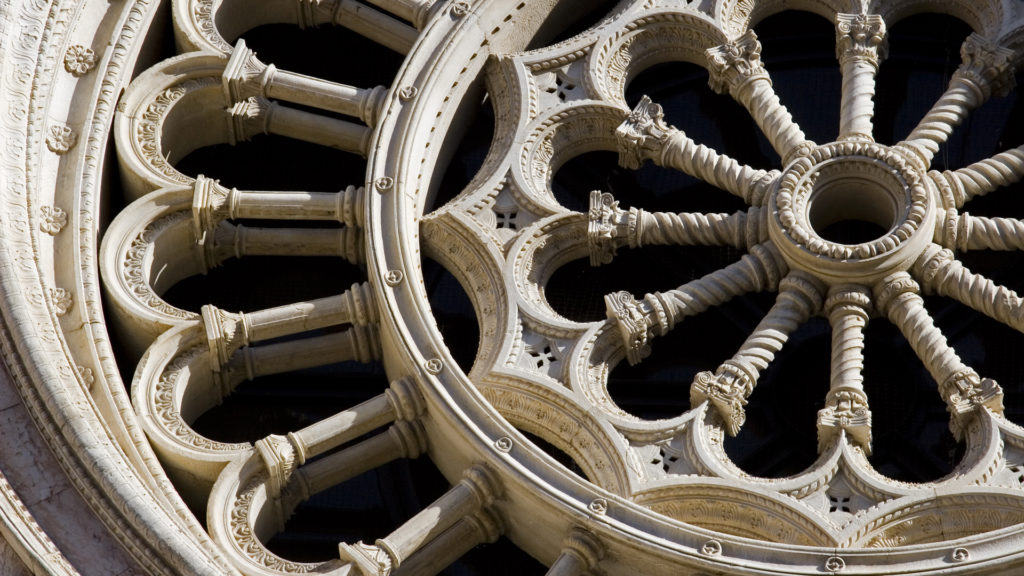 Foligno, located in the centre of the Umbrian Valley along the banks of the Topino River, is one of the few Umbrian towns built in the plains. Founded by the ancient Umbrians, it fell to the Romans during the Battle of Sentino (295 B.C.) when the Roman army clashed with the coalition formed by the local populations (Etruscans, Umbrians and Samnites). The fortune of the Roman Fulginia, located further to the east than where the current city centre stands, was tied to the passage of the Via Flaminia road, a fundamental communication route that beginning in 220 B.C. connected Rome to the Adriatic Sea. Around the 3rd century A.D. the residential centre was transferred to the site where St. Feliciano, who would later become the city’s patron saint, was said to have been martyred. This area would later develop into the Civitas Sancti Feliciani, whose name was first changed to Fulginia and then into Foligno. In the 12th century it became an independent Ghibelline municipality, which was afforded the protection of the Emperor Frederick Barbarossa. Foligno fell under the Papal hegemony in the 13th century and between 1305 and 1439 it was made into a true Signory by the Trinci family of Foligno who managed to impose their power on an extensive stretch of surrounding territory that included Spello, Bevagna, Montefalco, Trevi and Nocera Umbra. When relations between the Papal State and the family took a negative turn in 1439, Pope Eugene IV brought the city back under the church’s direct control, a reign which would last up until the Unification of Italy. The city’s fulcrum of political and religious power was, and remains to this today, Piazza Grande, currently known as Piazza della Repubblica square. A vast space with a rectangular form, it is closed on the sides by the façades of the Palazzo Comunale municipal building, with its Neoclassic façade, the Palazzetto del Podestà, the seat of the city’s magistrates from the early 1200’s, the elegant Palazzo Trinci, the family’s noble residence, and the minor façade of the St. Feliciano Cathedral. Currently home to the city’s Museum and Art Gallery, Palazzo Trinci conserves a precious and rare cycle of 15th century frescoes created by one of the most important exponents of international Gothic painting, Gentile da Fabriano, who was summoned to the city around 1410 by Ugolino Trinci, lord and master of Foligno and learned patron who loved to surround himself by important representatives of refined culture of the age.