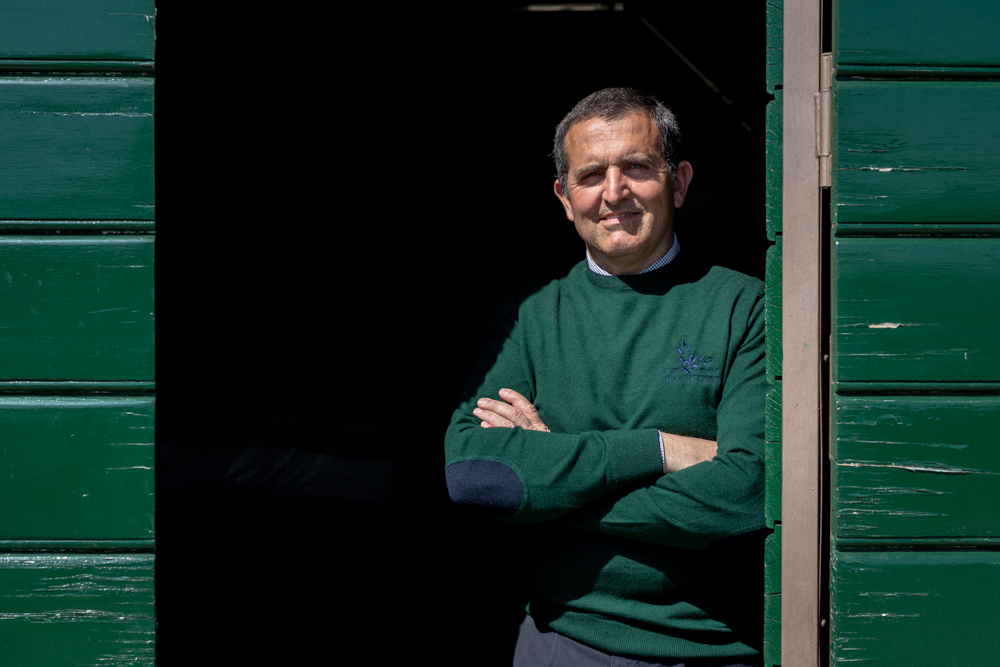 Ranchino oil mill is located at 450 meters above sea level, between the towns of Orvieto and Porano; is a family-run business, which cultivates about 9,000 olive trees, growing on volcanic soils, a rarity for Umbria. The soil gives the oil e.v.o. of Frantoio Ranchino a particular flavor that makes it unique and recognizable.

Not long ago Eugenio, a young and meticulous agronomist, chose to remove the vineyard from his property to plant olive trees, a choice that goes against his trend, even a little anti-economic, dictated not only by the particular vocation of the land, but also by a great passion for olive growing. The result of his work and his agronomic choices and in the mill, in fact, are multiple award-winning and highly refined oils. Eugenio has chosen to cultivate in a traditional way looking at environmental, landscape and economic sustainability; in the new plants, however, it has also decided to innovate: it has planted other cultivars than those normally present in the Orvieto area, ancient or less widespread varieties, such as the Gentile di Anghiari, the Borgiona, the Itrana and the holm oak of the Corno, one new way to interpret the characteristics of the territory by combining tradition, innovation and great professionalism.

The most important products are the Evo Dop Umbria Oil, which represents tradition,  Le Femmine, an oil that Eugenio dedicated to his two daughters, delicate, with not extreme sensations and tasteful notes in great balance and Canale, the most recent , which takes its name from the production site, the result of separate harvests. Ranchino oil mill also organizes tastings on the farm and entertainment activities aimed at enthusiasts and tourists.