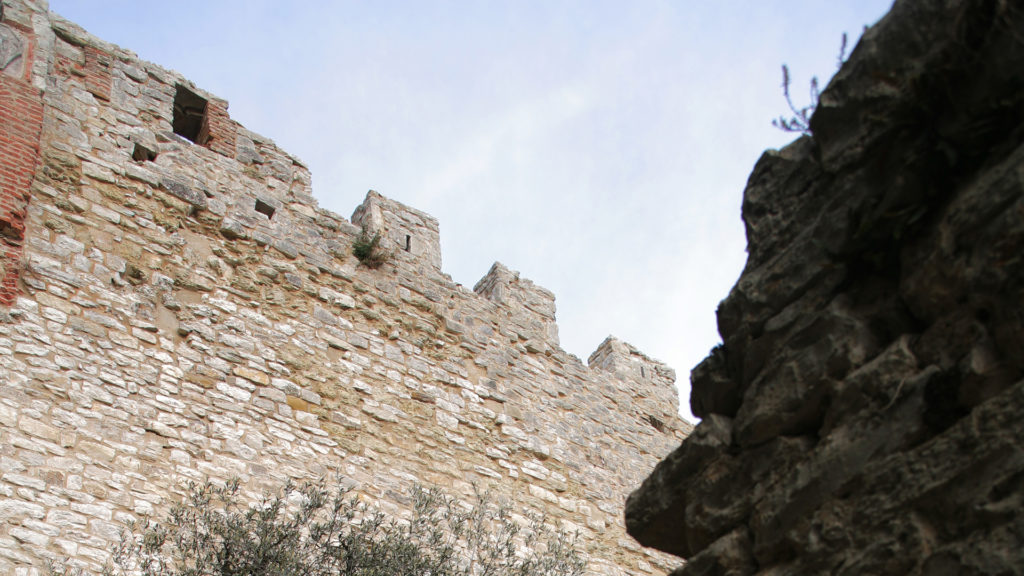 Perched high on a hill overlooking Lake Trasimeno, Castiglione del Lago rises up on a promontory that, according to both history and legend, was the fourth island that later united with the mainland when the waters of the lake receded. It was the Etruscans, in the 6th century B.C., that chose this area as their settlement and economic base. In fact, their presence is attested to by both a temple and a craftsman’s workshop specialized in the production of ceramics. Together with the entire Etrurian territory, this area subsequently fell under Roman rule. Ruins that have remained from this territory include an imposing terraced villa from the 2nd century A.D. From this period onwards Castiglione became important for its strategic-defensive position and for this reason it was frequently contested by Perugia, Arezzo and Siena. The village then took on a conformation, which distinguishes the town even today, of an imposing fortress surrounded by powerful city walls that were ordered to be built by the Emperor Frederick II of Swabia. This emperor also commissioned the construction of the Rocca del Leone (1247), a fortress perched on a spur overlooking the lake that is one of the most important examples of Umbrian military architecture in existence today. From the 15th century Castiglione became a stronghold of the Papal State, thereby passing under the direct rule of the Della Corgna family that ruled from 1550 to 1647 and who would leave their noble mark on the residential centre. Evidence of the city’s “artistic enrichment” is Palazzo della Corgna, an elegant noble residence that rose up in the heart of the town with a direct link to a communication trench that can still be followed today, which runs from the noble residence to the Rocca del Leone and main fortress. What makes this residence so unique are the rich decorative paintings, with profane and chivalrous themes, making a visit to this building an extraordinary and magical experience. In addition to the scenes depicting the military exploits of Ascanio della Corgna there’s the magnificent cycle of mannerist paintings from the artist Niccolò Circignani known as Pomarancio. In 1600, the patronage of Della Corgna family also led to the construction of the Church of San Domenico commissioned by Fulvio della Corgna as a votive offering to the Saint for the recovery of his wife. The church, with its small and elegant form, has a beautiful wooden coffered ceiling and a majestic altar-piece.