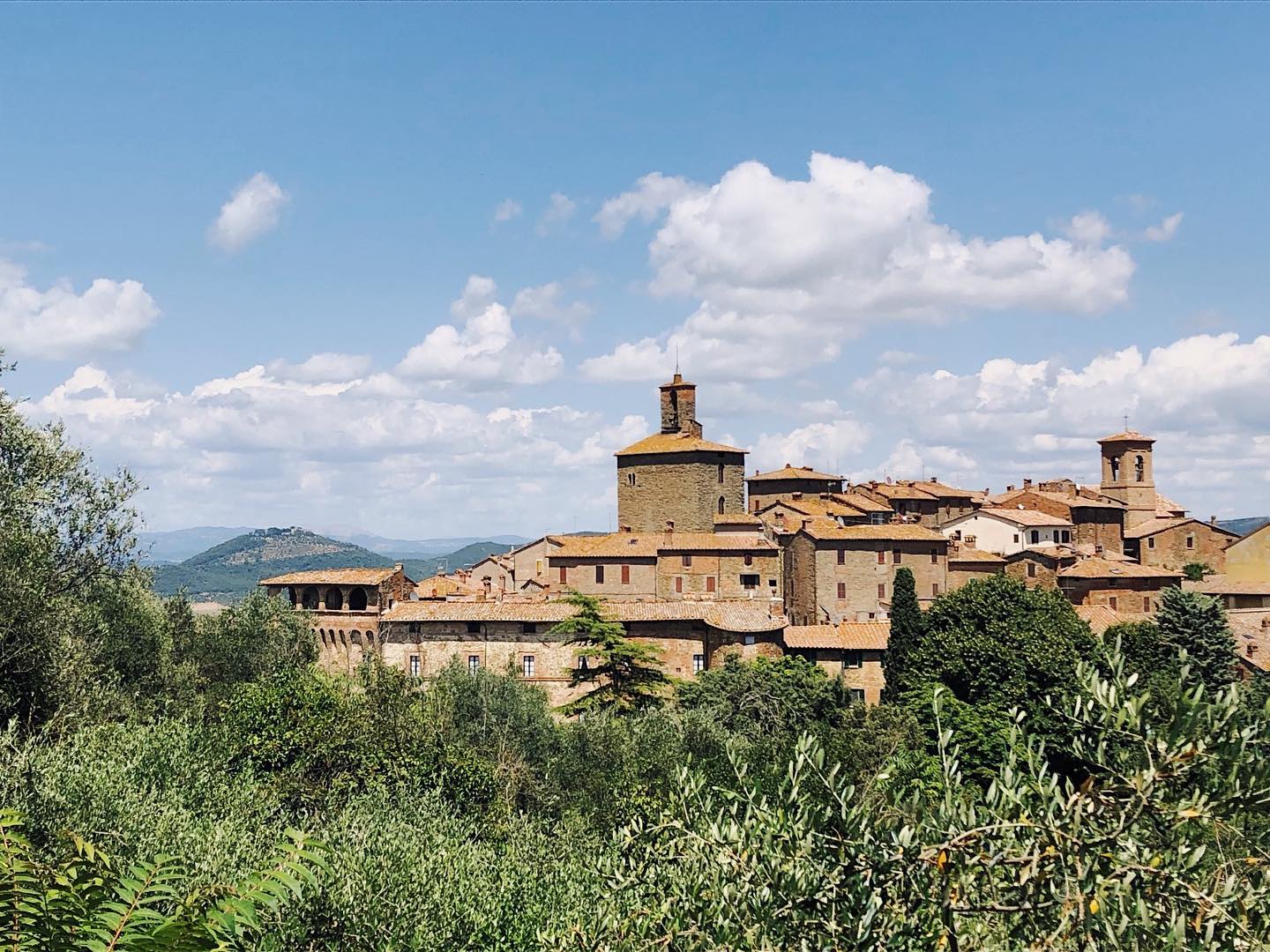 It rises a few kilometers from Perugia, on the top of a hill overlooking the valley of the Nestore river and the plain of Lake Trasimeno. One of the most shining examples of Panicale’s military past is its structure which, despite the numerous subsequent interventions, still maintains the appearance of the medieval castle.

The village is spread over 3 levels: on the first level, a network of small streets that converge in the heart of the village, Piazza Umberto I, where the octagonal cistern in travertine dating back to 1473 stands out and then transformed into a fountain, in front of the fourteenth-century Palazzo Pretorio.

On the second level there’s the square of religious power, which takes its name from the majestic collegiate church of San Michele Arcangelo. The church, of Lombard origin, enlarged several times and finally rebuilt in Baroque form in 1618, contains valuable works of art, first of all the panel dedicated to the Nativity by Giovan Battista Caporali, a pupil of Perugino (1519) and, behind the central altar, the fresco of the Annunciation attributed to Masolino da Panicale, Masaccio’s teacher.

The third level, Piazza Masolino, the highest point in Panicale, where the 14th-century Palazzo del Podestà is located, home to the historical and notary archive, built in Lombard-Gothic style by the Comacine masters. Here the view sweeps across Lake Trasimeno and the border lands between Umbria and Tuscany.

Panicale houses the precious Cesare Caporali theater, entirely in wood decorated with stuccos and medallions, built in the 18th century and completely renovated by the architect Giovanni Caproni in 1858 according to the classic type of Italian theater.

Just outside Porta Fiorentina, the church of Sant’Agostino houses the Museum of tulle. Inside, the remains of frescoes attributed to the school of Perugino and the valuable stone altar by Giambattista di Cristoforo da Cortona (1513) frame the embroidered artefacts, typical examples of ars panicalensis.

Art, on the other hand, is at home in Panicale: the oratory of San Sebastiano, contains the fresco painted by Perugino in 1505, the martyrdom of San Sebastiano and the Madonna enthroned with musician angels, which has recently been attributed to the hand of Raphael.

Another place thet’s worth a visit, in Tavernelle, a hamlet of Panicale, is the sanctuary of the Madonna di Mongiovino which dominates the valley with its large dome and bell tower, under the village of Mongiovino Vecchio.