It is in the huge fortification work carried out on the Umbrian agricultural landscape that the olive tree, starting as a protected plant, became a heraldic tree, the symbol of the Franciscan message “Pax et Bonum” (Peace and Goodness) and Benedictine motto “Ora et labora” (Pray and labor). An archaic heraldic sign is the presence of the Oil Tower on the walls of Spoleto. According to tradition, it is from this tower that boiling oil was poured down on the army of Hannibal who, after his victory at Trasimeno, tried to take over the town, his original initial intention being that of marching on Rome; dissuaded by the resistance he encountered at Spoleto, Hannibal decided to change plans and headed, instead, toward the Piceno area. The episode is also mentioned by Carducci in his Barbarian Ode “Le fonti del Clitunno” (“Head-waters of the Clitumnus”). 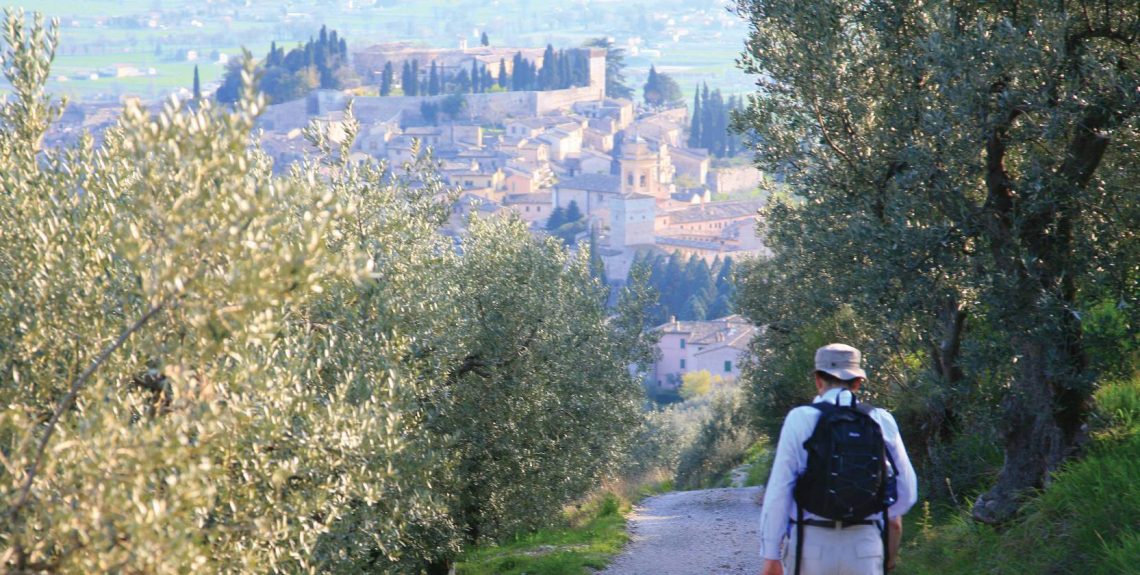 But another heraldic sign is the olive tree that stands, as if it were a banner, atop the tower of the consular gate of Spello, as a reminder to all of the tree’s urban nature, as it was often contained within town walls or in “chiuse”, being the fruit of an artificial cultivation, not of spontaneous growth.