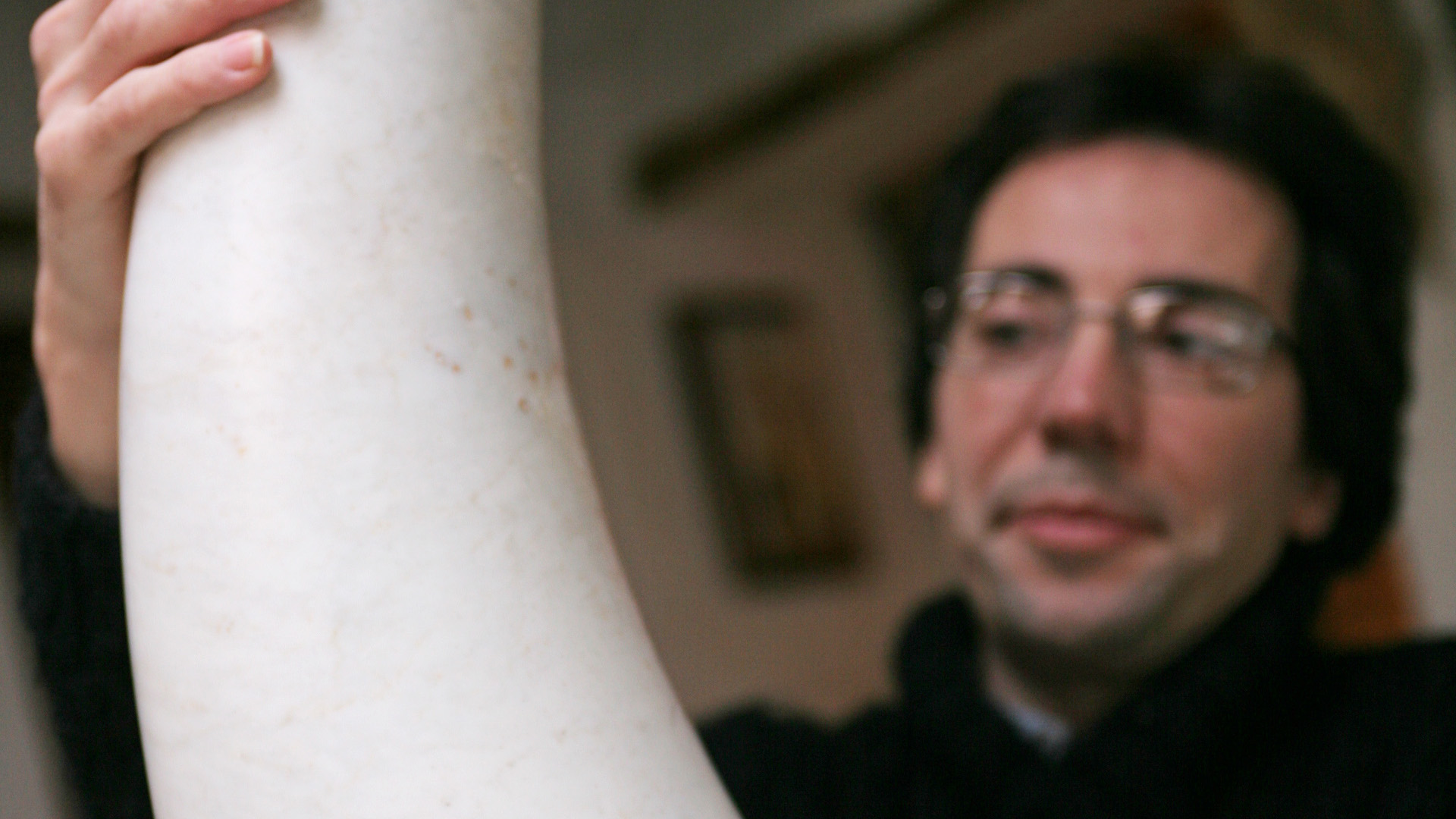 Who knows if a simple stone, which for the vast majority of people has an illogical form, already has an appearance, a sense or an artistic dimension for the sculptor. Who knows if Morbidoni, in his home and workshop in Torgiano, is able to envision what shape it will take, without contemplating too much on the stone’s current appearance. His works tell of visions, transuding emotions released by the stone: from splendid half busts of women to architectural elements, calling on the gift of his infinite creative genius.