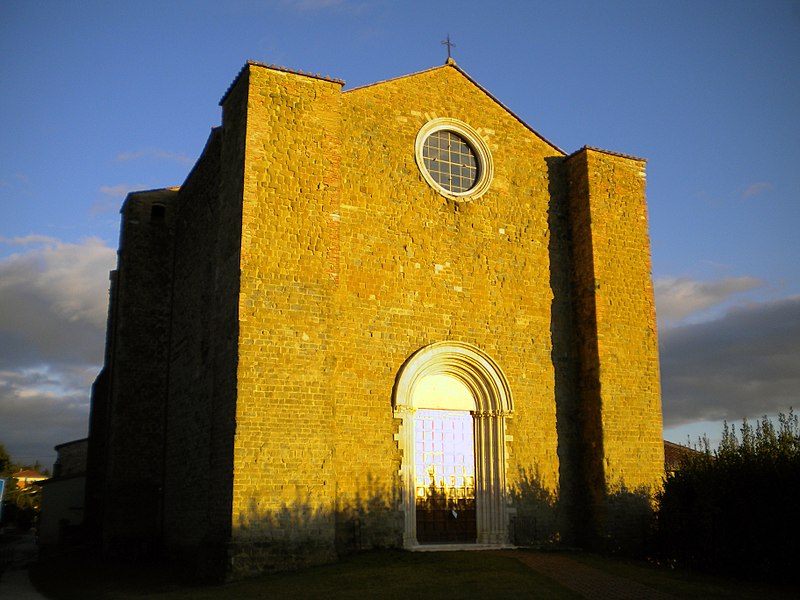 In Perugia, the church of San Bevignate is the largest temple church in Europe dating back to the period between 1256 and 1262, by the Knights Templar.

A symbolic place just outside the city walls: in the district of Porta Sole, near the monumental cemetery of Monteluce, is preserved almost perfectly intact what is considered an “exceptional testimony” from the architectural and iconographic point of view of the presence of the Order of the Temple.

The church of San Bevignate (http://turismo.comune.perugia.it/pagine/san-bevignate-e-i-templari ) was conceived in fact to the purpose to remember to the inhabitants of the perugine campaigns the mission developed in Terrasanta from the Militia Templi, the order created to Gerusalemme around 1119 for initiative of the French knight Hugues de Payns. Pauperes commilitones Christi Templique Salomonis, militia Templi Salomonis, milites Templi: so the monks-knights of the first religious-knightly order, officially recognized from the Church, come remembered from the literary sources.
CHURCH OF SAN BEVIGNATE PERUGIA
(Nearby the Frantoio Trampolini)

FROM 1 TO 25 NOVEMBER 2018 IN UMBRIA THERE IS THE XXI EDITION OF FRANTOI APERTI THE EXTRA VIRGIN OLIVE OIL IS BACK FOR 4 WEEKENDS OF WALKS, TASTINGS AND CULTURAL ACTIVITIES GIANO DELL’UMBRIA (PG) – SPERANZA OIL MILL