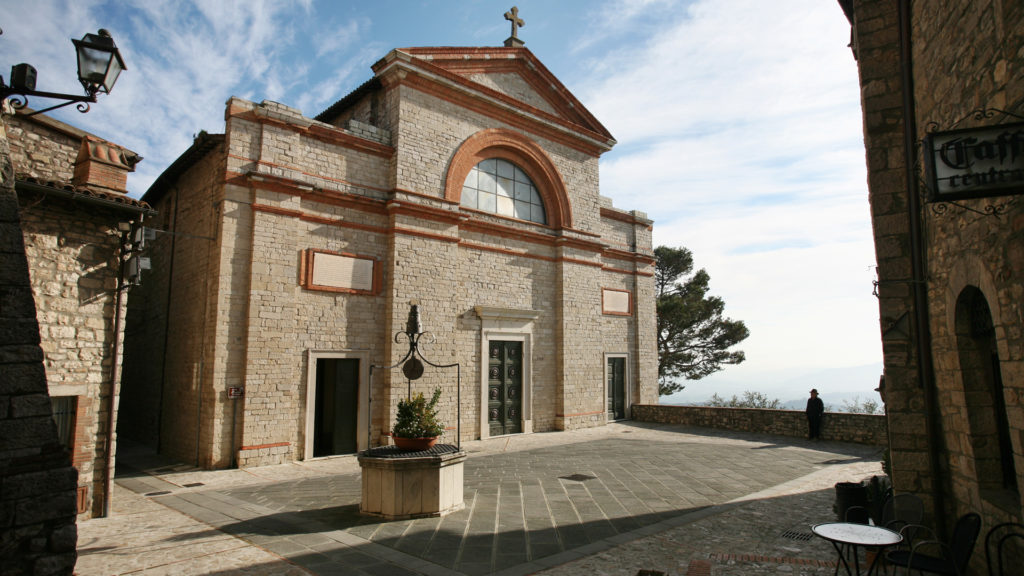 The name of the town originates from the “Vibia” people, one of the Roman families that gave life to the colony of Tuder, along the valleys of the Tevere River. No evidence of its Roman origins are still in existence. Today, Monte Castello Vibio has the “castrum” structure that was typical in the Middle Ages. The town is renowned for one unique reason: the fact that it houses one of the smallest, if not the smallest, theatre in the world. The Concordia Theatre, between its row and gallery seats, can host no more than 99 spectators. The theatre was founded in 1808 by nine eminent families of the town and named in honour of the “concord between peoples” that was being promoted throughout Europe following the upheaval of the French Revolution. The interior, made entirely in wood and built in the Goldonian style, is embellished with 19th century frescoes from the painters Cesare and Luigi Agretti. From the Maggio Gate, one of the two entrances that open up along the city walls, visitors can enjoy one of the most suggestive views that extends from the city of Todi all the way along the Middle Tevere Valley. Recently restored, a small museum has been set up in the gate with archive documents, ancient weapons, sacred furnishings and archaeological materials on display.